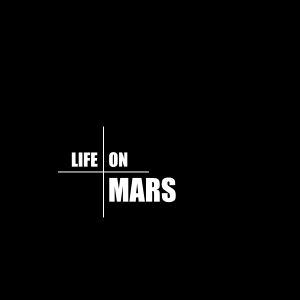 Life On Mars (US Soundtrack)

In 2012, a friend suggested I check out the short-lived US TV show Life On Mars. It's a cop show, originally set in 2008. However, the main character (Sam Tyler) is hit by a car and wakes up in 1973. The rest of the show mixes the usual "case of the week" with Sam trying to figure out what he's doing in 1973 and trying to deal with police work without the 2008 technology (and policies) that he's used to. The US version lasted less than one season, but they did wrap the story and explain what happened to Sam. It's based on a UK show of the same name, but the two versions have very different resolutions. I've only watched the US version so far (and loved it) - really need to check out the UK original.

So anyway, part of the appeal of Life On Mars to me was the killer soundtrack. Liked it so much I made this "mix" with most of the songs from the show. I didn't include the initial song ("Ground Zero" by Chris Cornell) because that's from 2008, before Sam's accident. I skipped a couple of others that didn't grab me, or just didn't fit the flow of the mix. Example: The original "Somewhere Over The Rainbow" is used in the show, but didn't seem to fit the vibe of the mix.

You can listen on 8tracks.com.

From episode 1 - Out Here In The Fields:

From episode 2 - The Real Adventures Of The Unreal Sam Tyler:

From episode 3 - My Maharishi Is Bigger Than Your Maharishi:

From episode 4 - Have You Seen Your Mother, Baby, Standing in the Shadows?:

From episode 5 - Things To Do In New York When You Think You're Dead:

From episode 7 - The Man Who Sold The World:

From episode 8 - Take A Look At The Lawmen:

From episode 9 - The Dark Side Of The Mook:

From episode 10 - Let All The Children Boogie:

From episode 11 - Home Is Where You Hang Your Holster:

From episode 12 - The Simple Secret Of The Note In Us All:

From episode 13 - Revenge Of Broken Jaw:

From episode 15 - All the Young Dudes:

From episode 16 - Everyone Knows It's Windy:

Hope you enjoyed the mix, and go check out Life On Mars!

Back to Owen's Mix CD Page