WHAT ARE YOU GOING ON ABOUT?

The Who is one of those bands that seem to attract "greatest hits" albums. I'm assuming it's because they're not as prolific as other bands of their era, and the record companies want to have something "new" in the stores to get more attention. But they keep doing it over and over, and in my opinion, keep doing it wrong!

SO, HOW MANY "GREATEST HITS" ALBUMS ARE WE TALKING ABOUT?

Leave out albums of outtakes and rarities - those are for the hard-core fans. I'm talking about pure "hits" albums to try to summarize the band's career. I'm also leaving out the UK singles/rarities comp Direct Hits and it's shameful US counterpart Magic Bus: The Who On Tour ("shameful" because it's a collection of studio tracks labelled "on tour", implying it's a live album). Here's a taste of what's come out over the years. Keep in mind that the last studio album with Keith Moon was in 1978. Since then, they released new studio albums in 1981, 1982 and 2006.

WHY ARE THEY "WRONG"?

For some reason, labels insist on using edited versions to squeeze in more songs, or throwing on rarities to get the hard-core fans to buy it. "Greatest Hits" albums should be for the newbies. It should be their introduction to the band, something that puts their best foot forward. Do you want to meet someone's crazy uncle on your first date? No! That comes later.

When I buy a "Greatest Hits" album, it's because I don't already own a lot of the band's material. What I want is an album that has the songs I know and a general cross-section of the band's work. I don't want the edited version, the bleeped version, or the US-single only version of "Substitute" that changes "I look all white but my dad was black" into "I keep going forward but my feet walk back" (yes, that's a real thing). I don't need rarities like "Dogs" - not a bad song, but not representative of The Who. The hard-core fans want those songs, not the newbies. Put 'em on a rarities album and we'll be pleased.

OK, FINE. SO, WHAT IS THE "CORRECT" TRACK LISTING?

So yeah, I made my own tracklist for The Who Hits 50!, using these guidelines: 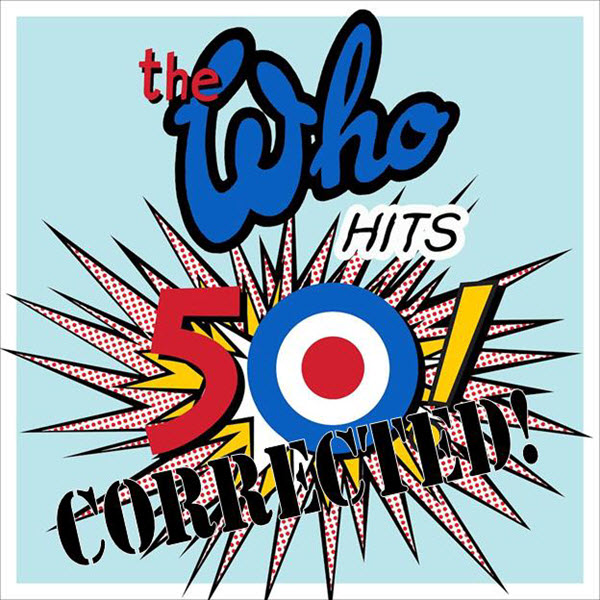 The Who
The Who Hits 50!: Special Corrected Edition

This would not necessarily be my personal choice for 2CDs of their best. I'm aiming to create what I think someone who's heard Who songs on the radio or as themes to the various CSI shows would want. "The Kids Are Alright" includes the guitar solo from the UK album that gets cut out in most reissues, "Magic Bus" is the "long" version, "Won't Get Fooled Again" and "Who Are You" are the complete, unedited versions, and neither "Who Are You" nor "Real Good Looking Boy" has the naughty words bleeped.

I included the two songs from Then And Now! 1964-2004 because it would make that album redundant with this one, and they can just take Then And Now! out of print. Besides, both songs are terrific (and really, better than most of Endless Wire). I included "Saturday Night's Alright For Fighting" because it's a great performance, I remember hearing it on the radio, and it's also a cover of a song a lot of rock fans would know right away. And despite my "no editing" rant, I did include "See Me, Feel Me" instead of "We're Not Gonna Take It". "See Me, Feel Me" was released as a single, and it's what the casual fan is expecting. When they pick up Tommy, they'll hear the whole thing.

So, barring a new Who album that would cause a few additions (with corresponding deletions), I think I've got an ideal sampler for the new fan. Or, I've just created yet another unneeded compilation.

You know what? Are you a Who newbie? Forget all this. Just go buy Who's Next. You'll be buying more Who albums soon enough anyway and these compilations can make you crazy instead of me. Deal?