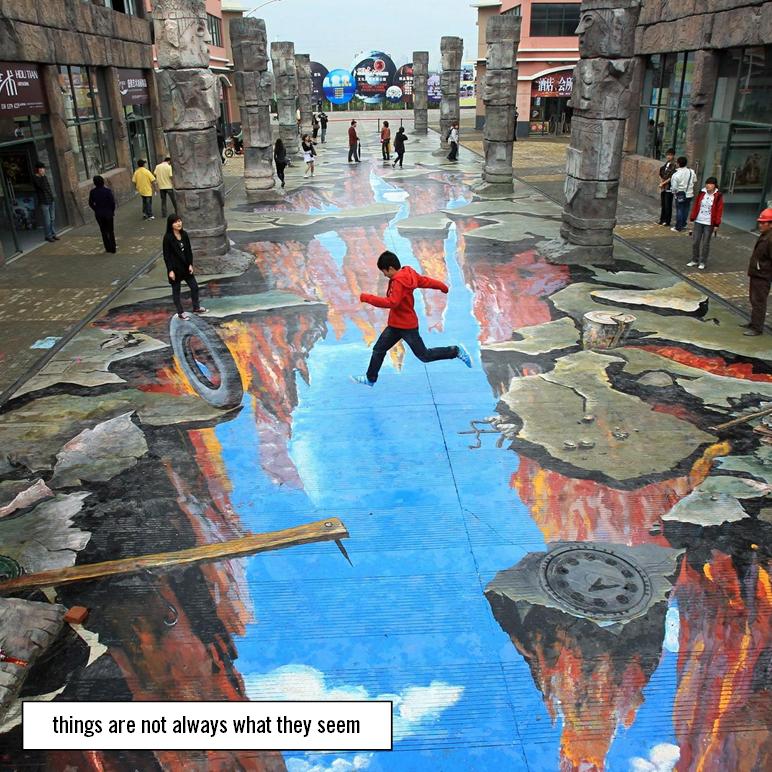 Things Are Not Always What They Seem
(A Collection Of Covers And Their Originals ... Mostly)

The songs are detailed below, along with some (hopefully) interesting notes. Hope you like the mix.

First song in, and the first exception. "Re-cycled Vinyl Blues" isn't a cover, but it does pull in quotes of seven other songs so it seemed to fit the concept. And yes, the shop owner in the song is Michael Palin of Monty Python. Neil Innes worked with the Pythons quite a bit, appearing the the TV show, the movies and the stage shows. On the second disc, instead of putting the originals of all the quoted songs, I used an Innes solo track, "How Sweet To Be An Idiot". Innes plays this in the Monty Python Live At The Hollywood Bowl show. Oh, and Noel Gallagher of Oasis got sued because Oasis' song "Whatever" has the same melody as part of this song.

written by Alex Chilton and Andy Hummel
from the album Under The Covers, Vol. 2 (2009)
original version by Big Star, from the album Radio City (1974)

Matthew Sweet & Susanna Hoffs (who also credit themselves as Sid 'n Susie) have recorded three cover albums, one each of 60's, 70's and 80's songs. This one isn't much a change of arrangement from Big Star's original, but it's interesting to hear it with a female lead singer.

written by Pete Townshend
from the album Food Of Love (1973)
original version by The Who, from the single "I Can't Explain" (1964)

This was recorded several years before Elliman had her big success on the Saturday Night Fever soundtrack, and this cover definitely isn't disco. The Who's Pete Townshend plays lead guitar on the song, and it's a great arrangement. The original is one of my all-time favorites, but I would love to hear The Who play it with this arrangement.

Here's a big change of style. Ex-Television guitarist Richard Lloyd isn't a great singer, but he's a phenominal guitar player. This arrangement makes me wonder what "Heart Of Gold" would sound like if Neil Young arranged it for Crazy Horse.

written by Jimmy Kennedy and Nat Simon
from the album Flood (1990)
original version by The Four Lads, from the single "Istanbul (Not Constantinople)" (1953)

I'm betting most people are more familiar with the cover than the original. Basically, TMBG sped up the song a bit, added electric guitar and a little more middle eastern flavor, but otherwise, it's a pretty faithful cover.

8. Noel Gallagher - "There Is A Light That Never Goes Out"

written by Morrissey and Johnny Marr
from the live album The Dreams We Have as Children - Live At The Royal Albert Hall (2009)
original version by The Smiths, from the album The Queen Is Dead (1986)

This one is a pretty gentle cover, recorded with acoustic guitar, piano and a string section. Same basic arrangement, just more lush.

written by Roger Charlery, Andrew Cox, Everett Morton, David Steele and David Wakeling
from the 2006 reissue of the album White City: A Novel (1985)
original version by The English Beat, from the album Special Beat Service (1982)

Townshend's live cover of "Save It For Later" got some radio play back in the 80's, but I thought it might be more intersting to include the stripped down studio original that came out when White City: A Novel was reissued in 2006. Townshend's version loses the "ska" feel of the original, but it's still great.

The Move was a British band in the 60's that eventually became Electric Light Orchestra. Cheap Trick's cover of "California Man" brings in a quote of The Move's "Brontosaurus" near the end, so I've included both on the originals disc. Funny story: I remember being in a bar that had a cover band playing. They launched into "California Man" and I was floored. A cover band in Ohio is covering The Move?! When they got near the end, they pulled in the same quote of "Brontosaurus" and it hit me. They weren't covering The Move. They were covering Cheap Trick.

R.E.M. adds a little folk/country twist to Hitchcock's original arrangement. R.E.M.'s Peter Buck was a huge fan of Hitchcock's first band The Soft Boys. He said in several interviews that if he ever quit R.E.M., he'd want to join Robyn Hitchcock's band. He eventually did play in Robyn Hitchcock & The Venus 3 for several albums. And Hitchcock guested at R.E.M.'s 1991 acoustic shows in London.

A very straight cover, but a good one. Teenage Fanclub is a Scottish rock band that evolved from very noisy, grungy rock into a Big Star-inspired band with great melodies and harmonies.

When I looking up some info for this mix, I leared that "Tennessee" Ernie Ford's "Sixteen Tons" was not the original. Merle Travis recorded the original in 1946, but Ford's 1955 single was the hit (and it's the one I had), so I used that version on the originals disc instead.

Elton's version changes Pete Townshend's famous flamenco guitar intro to piano, and it works great. At the end of the song, Elton quotes a little of "I Can't Explain". Since I've already included that original with Yvonne Elliman's cover, I didn't include it here. And in the famous movie scene, Elton's backing band appears to be Pete Townshend, John Entwistle and Keith Moon of The Who. However, but the song was actually performed by Elton's usual backing band for the time (Davey Johnstone, Dee Murray, Nigel Olsson and Ray Cooper).

According to the book The Duh Awards by Bob Fenster, Rod Stewart asked Elton John if he should accept an offer to sing in the Tommy film. Elton's reply was "Don't touch it with a barge pole." The Who eventually asked Elton John instead, and he accepted. "I don't think Rod's quite forgiven me for that," he said years later.

15. The Who - "Saturday Night's Alright For Fighting"

The Who returns the favor and covers one of Elton's songs. And following the spirit of the "I Can't Explain" quote in Elton's "Pinball Wizard", The Who's "Saturday Night's Alright For Fighting" includes a big quote of Elton's "Take Me To The Pilot" (which is also included on the originals disc).

ELO's most famous early song uses the obvious joke of quoting an actual Beethoven song before their sprawling prog-rock cover of Chuck Berry's original. I included only Berry's original on the originals disc.

written by Jimmy Page and Robert Plant
from the live album The Best Band You Never Heard In Your Life (1991)
original version by Led Zeppelin, from the album

From Zappa's final tour in 1988, Led Zeppelin's classic gets changed into reggae time, with Zappa's Synclavier providing the little odd voices and noises you hear in the beginning. The biggest change is at the end when Jimmy Page's famous guitar solo is performed by Zappa's horn section.

Shadowy Men On A Shadowy Planet - "Having An Average Weekend"
written by Brian Connelly, Reid Diamond and Don Pyle
from the single "Love Without Words" (1985), later included on the album Savvy Show Stoppers (1988)

"16 Encores" is an unreleased studio song, although Shadowy Men played the medley live quite a bit. It's the ultimate encore with bits of over two dozen classic rock staples. I'm a big Shadowy Men fan, and I run a Shadowy Men fansite. Details on "16 Encores" are on the Medleys Page.

And as with "Re-cycled Vinyl Blues", I didn't include the originals of all the songs in the medley. Instead, I included the band's most famous song, "Having An Average Weekend". It's one of the bits in "16 Encores", and it was probably best known as the theme song for the Canadian TV series The Kids In The Hall. Shadowy Men did all of the theme and link music for the show.

Hope you enjoyed the mix, and maybe found a few new favorites along the way.

Back to Owen's Mix CD Page