Believe it or not, when ELO was first conceived, it was intended as an arty, experimental side project for a very popular English band, The Move. While they had little chart impact in the US, The Move had quite a few English hits, including the UK #1 single "Blackberry Way" and "Flowers In The Rain" which was the first song broadcast on BBC Radio One. The original idea was that both The Move and ELO would work simultaneously. The Move would keep cranking out the hits (and making the money), and ELO would be the challenging artistic endeavor.

Wood bowed out of the band shortly into the recording of the second album, and Lynne and Bevan added musicians to get to their well-known arrangement: Lynne on guitar and vocals, Bevan on drums, and a bassist, keyboard player, violinist and two cellists. That arrangement lasted until 1977's Out Of The Blue. After that, Lynne dropped the string section and ELO officially became a quartet (and later a trio). 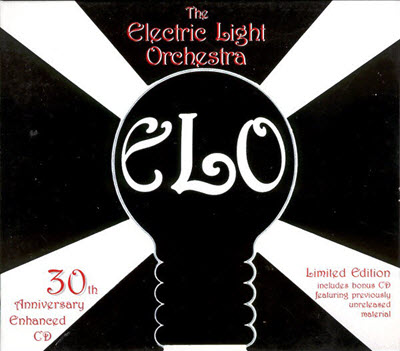 A gorgeous repackage of ELO's 1972 debut album, known in the US as No Answer due to a misunderstood phone message at the US record company offices. The US company pressing the album had a secretary call ELO's manager to find out the name of the album. She couldn't get through, and left a note on her boss' desk reading "no answer". He misinterpreted that note to mean that the album was to be titled No Answer. Really!

Anyway, on this album, ELO was simply three members of The Move (Roy Wood, Bev Bevan and Jeff Lynne) augmented by a horn player, and a violin player, with Roy Wood playing the other classical instruments (cello, bassoon, clarinet, and oboe), and Wood and Lynne splitting the songwriting, vocals and production. The sound is much rougher than later ELO albums where a full orchestra was used. If you're a fan of the hits of the mid-70's, you'd probably barely recognize this as ELO.

The big highlight is the opener, the classic "10538 Overture". Powered by Lynne's guitar and Wood's scraping cello, "10538 Overture" was intended as a Move b-side until Wood and Lynne started piling on the overdubs, creating the first ELO song. Lynne's "Nellie Takes Her Bow" and "Mr. Radio" hint at ELO's future, but Wood's more baroque style digs into a direction that ELO never really followed.

If you're a fan of the album, you really need this package. The bonus features are a real treat. On the main CD, there's the aforementioned "take one" of "10538 Overture" along with multimedia software with a bunch of pictures, articles, and most importantly, the video for "10538 Overture". The second CD has three alternate mixes from the rare quadrophonic mix of the album, the original acetate version of "10538 Overture", plus a very rare three song live recording of the original band playing "Jeff's Boogie No. 2" (which would be reworked into "In Old England Town" for ELO 2), "Whisper In The Night", and a cover of "Great Balls Of Fire".

If you're not already an ELO fan, this isn't the album to start with. 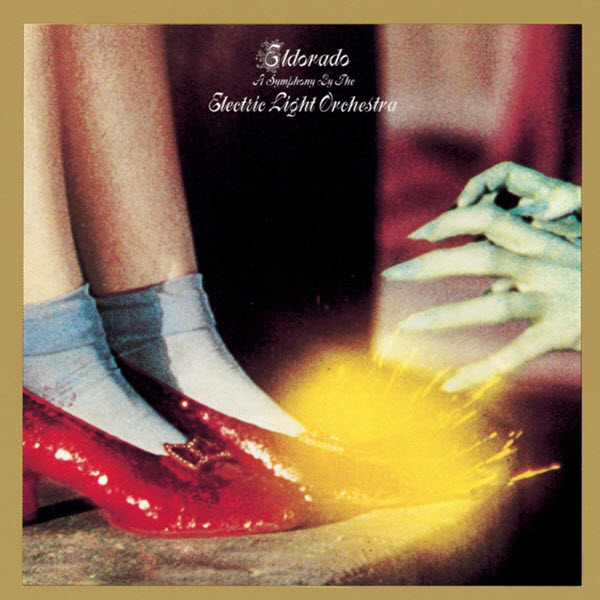 For the recording of Eldorado, Lynne decided to make the "Orchestra" part of the band name more of a reality. He augmented ELO's lineup with a 40-piece orchestra and 20-piece choir and as a result, the three-piece ELO string section doesn't actually play much on the album (or in fact, on ANY of the following albums). The resulting concept album (based loosely around a series of dreams) was ELO's masterwork. The "hits" on this album are not as well known as the later ones, but ballads like "Can't Get It Out Of My Head" and "Eldorado" are among the band's finest work. "Illusions In G Major" is a terrific rootsy rocker and "Poor Boy (The Greenwood)" is a complex little pop song that uses the orchestral backing to full effect. Unless you're already a fan, you probably won't recognize these songs right off, but this is definitely the album to start with.

The bonus tracks are an interesting seven-minute instrumental run through "Eldorado Overture", "Can't Get It Out Of My Head", "Laredo Tornado", "Nobody's Child", "Eldorado" and "Eldorado Finale" that moves the orchestral parts of the album to the foreground. "Dark City" is a brief (less than 1 minute), early version of "Laredo Tornado" 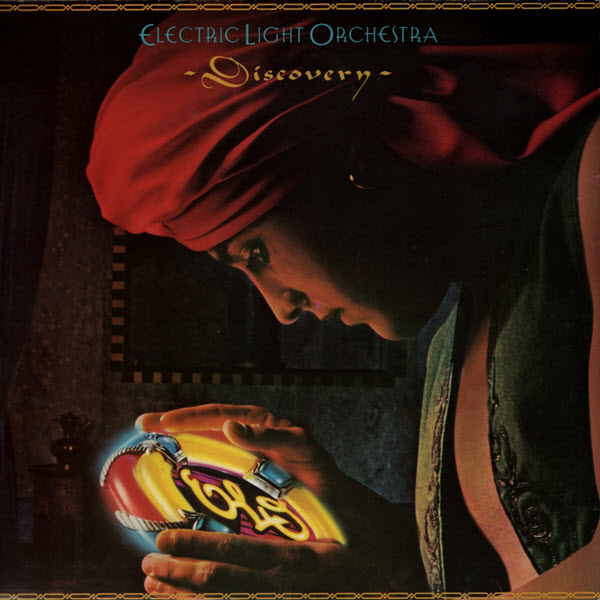 Discovery (or "Disco? Very!" as derided by some) marked the end of ELO's run of chart singles. This time around, Jeff Lynne didn't pretend anymore with the string section: the group was listed as a four-piece and the most-remembered track "Don't Bring Me Down" was notable as the first ELO song without strings. Overall, the album is very patchy, and the "disco" tag is a fair one. "Shine A Little Love", "Don't Bring Me Down", and especially "Last Train To London" seemed aimed clearly at the dance market. ELO's weakest album. 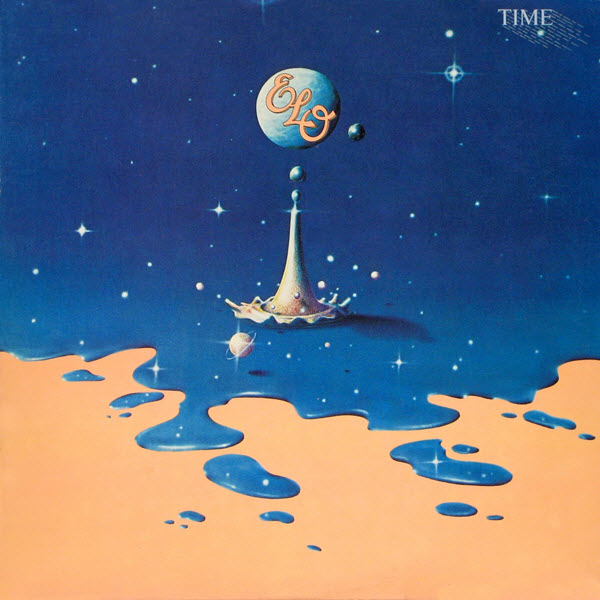 Despite taking two huge hits to the band's credibility with the disco flavorings of Discovery and their soundtrack to the film Xanadu (split with Olivia Newton-John), ELO was pretty much long gone from the US public eye when Time was released in 1981. It's a shame too, 'cause Time was a solid comeback. ELO is again a quartet with orchestral backing; however, synthesizers are used heavily to give the album a futuristic sound to match the lyrics. Time is a concept album about a time traveller trapped in the late twenty-first century. The opening pair of "Twilight" and "Yours Truly, 2095" along with "Rain Is Falling" and "Here Is The News" are among ELO's best late-period songs. The album had a surprise minor hit with the rockabilly-tinged "Hold On Tight" (which is a fine song, but kinda blows the "futuristic" feel). The bonus tracks are three left-overs from the original album sessions that cropped up as B-sides.

Overall, Time almost holds up with the band's peak and is definitely worth a listen. 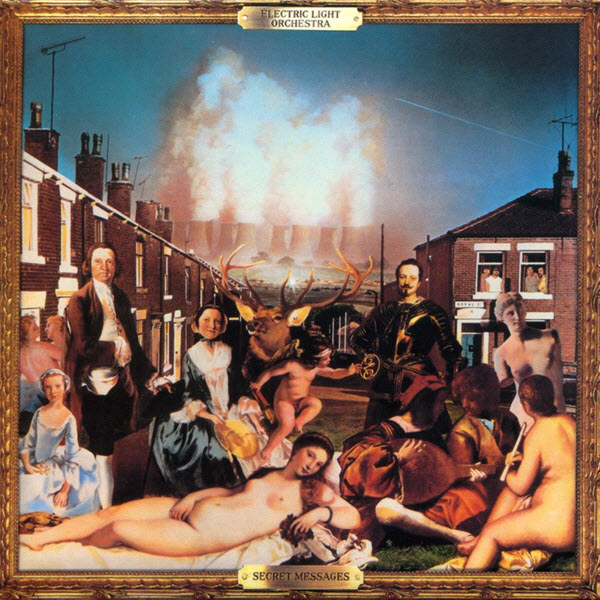 A planned double album, Secret Messages was forced by CBS to be a single, which may have been the death knell for Jeff Lynne's interest in doing ELO. Secret Messages doesn't have quite the futuristic feel that Time does, but the basic sound is similar. The title track is a strong opener, and probably the band's best post-Out Of The Blue track. "Take Me On And On" and "Four Little Diamonds" and another rockabilly-tinged single "Rock 'n' Roll Is King" are the other standouts.

The bonus tracks are leftovers from the double album version later used as B-sides. There's one leftover from Secret Messages that sadly Jeff Lynne won't allow to be released so fans can't recreate the double album themselves. "Beatles Forever" is supposed to be a tongue-in-cheek homage to Lynne's admitted Beatlemania that is supposed to have become a bit embarassing now that Lynne has worked with Paul, George and Ringo.