Last year, I was very pleased with the reissues of the first four Jefferson Airplane albums, but disappointed that the reissue program stopped after those first four. In 2004, the next two (the last two with the classic Airplane lineup were released.

"It wasn't the airplanes, 'twas beauty killed the beast …" Following that excerpt from King Kong, the Airplane launches into a ferocious version of "3/5 Of A Mile In 10 Seconds", and it's immediately clear that Jefferson Airplane live is a different proposition to the studio version. Bless is a terrific live album that shows off that powerful live sound, ranging from the hit "Somebody To Love" to a cover of Donovan's "Fat Angel" (including his famous line "Fly Jefferson Airplane, gets you there on time") to the Chicago Blues of "Rock Me Baby" to the closing 12-minute improv "Bear Melt". Essential.

The reissue also adds three songs left off the original album due to the time limitations on vinyl. 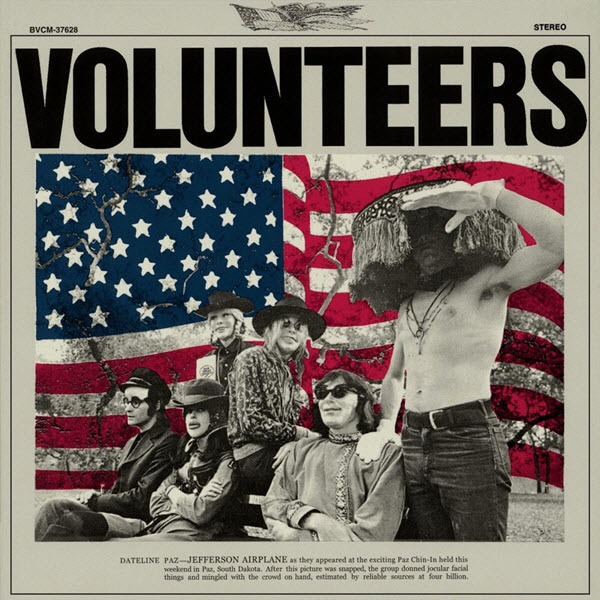 The final release for the classic Balin/Slick/Kantner/Kaukonen/Casady/Dryden lineup of Jefferson Airplane, their best album, and one of the best albums ever. Opening with the rallying cry of "We Can Be Together", Volunteers moves though traditional folk ("Good Shepherd", with amazing guitar from Jorma Kaukonen), near-country ("The Farm"), psychedelia ("Wooden Ships"), dramatic experiments ("Eskimo Blue Day"), goofy weirdness ("A Song For All Seasons"), and wraps it up with the title track, which serves as a perfect bookend to the opener.

The bonus disc serves up live tracks from the Volunteers tour, any they hold up with Bless It's Pointed Little Head. More proof that this was the Airplane's peak.