Because Pete Townshend's songs dominated Who albums, bassist John Entwistle started releasing solo albums in 1971 as an outlet for his growing songwriting output. All of his solo albums were reissued by Repertoire back in the late 90s, but they've been reissued yet again with different bonus material and updated sound. 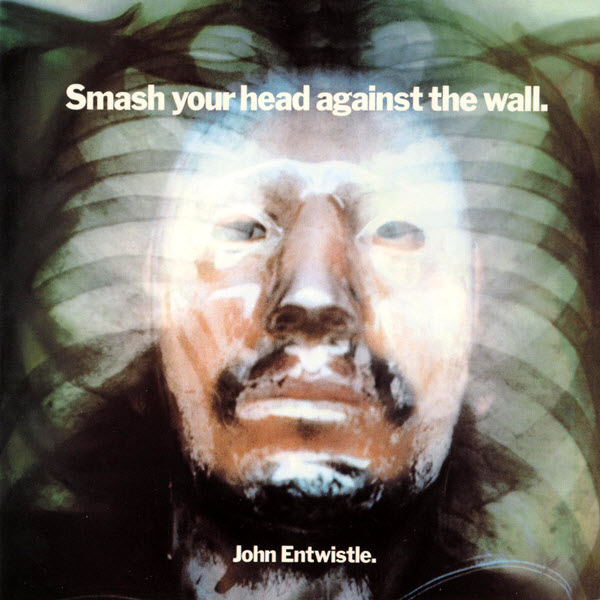 John Entwistle
Smash Your Head Against The Wall

Smash Your Head Against The Wall is an album of bass-heavy rock & roll, and a fine start to John's solo career. The highlight of the album is the pair of songs sung from the devil's point of view, "You're Mine" and "Number 29", which show off Entwistle's dark sense of humor, and John's interpretation of "Heaven And Hell", a Who B-side that became a regular set opener for The Who on the Tommy tour. The new issue adds a bonus track, a heavy (but faithful) cover of Neil Young's "Cinnamon Girl".

The new rerelease drops the alternate "What Are We Doing Here?" from the '96 reissue, and instead adds a number of demos (and one alternate take) to the bonus material, and these are the first of John's demos to be released. The three demos of unreleased tracks are all just voice and piano, with "It's Hard To Write A Love Song" the easy standout. Fascinating. 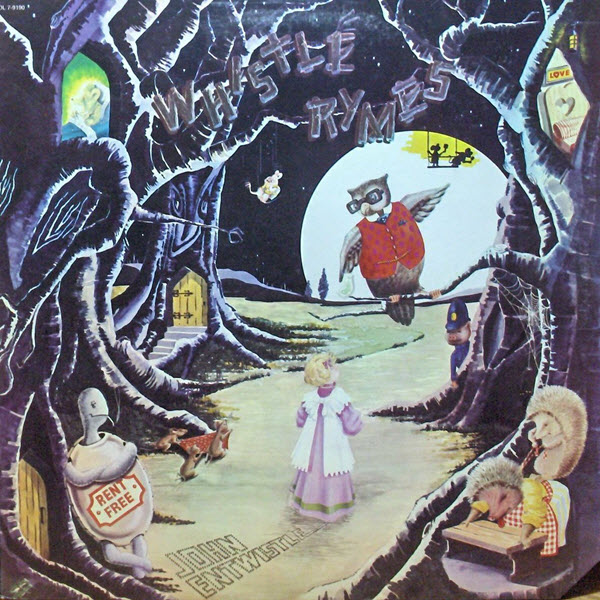 Whistle Rymes (the title is a reference to the constant misspelling of "Entwistle" as "Entwhistle" in the media) is John's best solo album, featuring a young Peter Frampton on lead guitar. John's humor is especially strong on "I Feel Better" and "I Wonder", although all the songs are excellent. The sound is a little more varied than Smash Your Head Against The Wall (although the bass is loud in both). If you're interested in John's solo work, start here.

As with Smash Your Head, the bonus tracks here are demos, but they're full band recordings this time out. All four are quite good, and "Back On The Road" (which Entwistle would finally record again in the late nineties) is still a stunner even this early form. One of John's best solo songs.

Rigor Mortis Sets In is a collection of old-style (50's and 60's) style rock and roll, with Entwistle's odd sense of humor thrown in. "Do The Dangle" (a song about new dances like "The Dangle", "The Strike" and "The Wheezy") and "Roller Skate Kate" show off Entwistle's dark sense of humor, "My Wife" is a grittier version of the song he wrote for The Who, and "Made In Japan" is one of Entwistle's best solo tracks. Recommended.

The bonus tracks on Rigor Mortis Sets In had a bit of a surprise: two versions of a jingle recorded for British Petroleum (both about 30 seconds long). Along with the jingles are two early (and quite different) versions of album tracks. Interesting stuff.