Part two of Sanctuary's Entwistle catalog reissue, this batch also offers fresh bonus material and updated sound. Unfornuately, two of the three albums in this batch are the weakest in Entwistle's catalog. 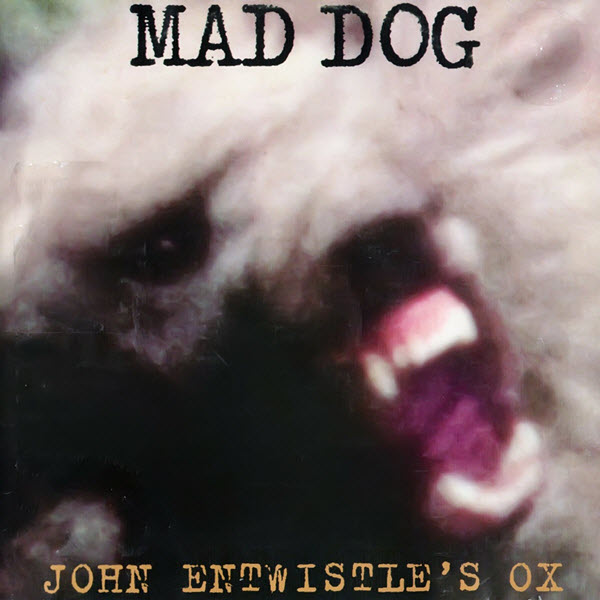 Mad Dog is Entwistle's weakest solo album with one huge bright spot. "Cell Number Seven" (about The Who's 1974 arrest for destroying rooms in a Montreal hotel) is a classic. The rest is pretty forgettable 50's-style rock.

Still feel the same way (although I didn't have a copy of The Rock yet, and I'd rate it worse), and the bonus tracks (two single mixes) aren't essential. Skip this one. 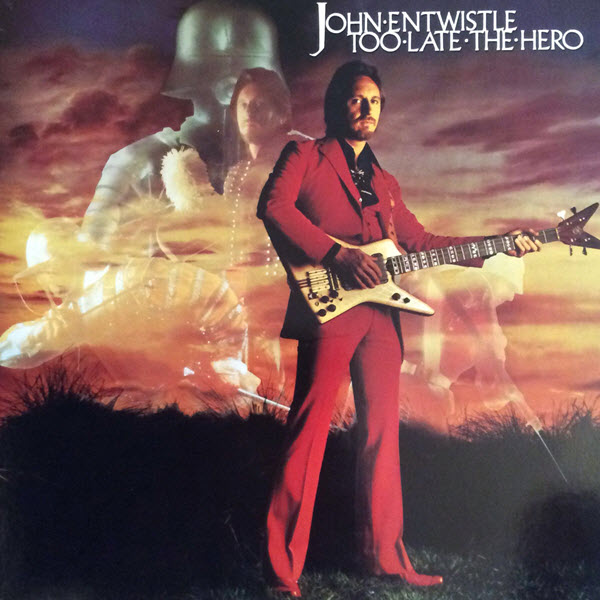 1981's Too Late The Hero had Entwistle team up with Joe Walsh and Joe Vitale to make a killer power trio. The lyrics are weaker than Entwistle's usual standard, but the interplay between Walsh's power guitar and Entwistle's thundering bass is worth hearing. "Dancing Master" is a questionable disco parody, but the bass solo in the middle is an absolute killer. The other highlights include the dramatic title track, the silly "Talk Dirty" and the loud "I'm Comin' Back". Also recommended.

Still agree with that review - Too Late The Hero is definitely worth a listen. The bonus tracks are fascinating demos, along with a new instrumental "Overture" (not a cover of the Tommy "Overture"). 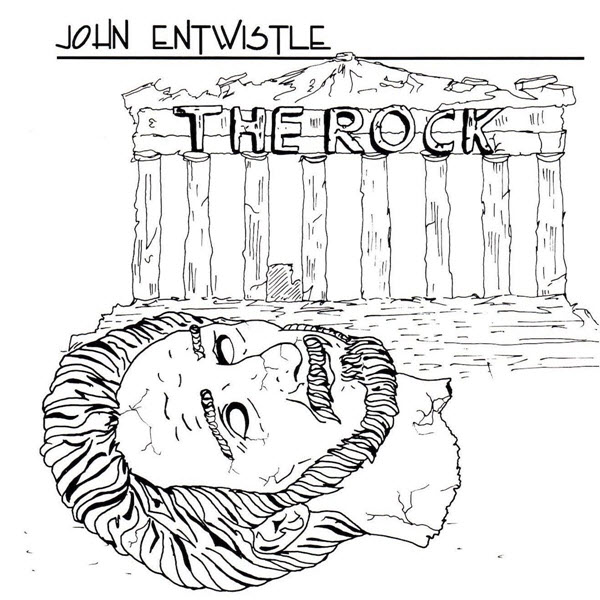 Originally intended for a 1988 release as the self-titled debut album by Entwistle's new band, The Rock, the album was finally released in 1996 as a John Entwistle album titled The Rock, which is a little deceptive. John wrote four of the ten songs on the original, but doesn't sing lead on any of them. John's songs have potential, but the band's sound is pretty generic and the result isn't that impressive. The album's been repackaged a few times with different cover art (same music), but this reissue actually adds a "demo" (really more like an early version) of "Love Doesn't Last" with Entwistle on lead vocals, and a sound more reminiscent of John's previous solo work. That one's a keeper, but it's hard to recommend a whole album for just one song. Pass.