Timed to coincide with the release of Endless Wire and The Who's 2006 tour, all of Pete Townshend's solo catalog has been reissued, most with bonus tracks added. The three Scoop volumes weren't changed, so I didn't review them. 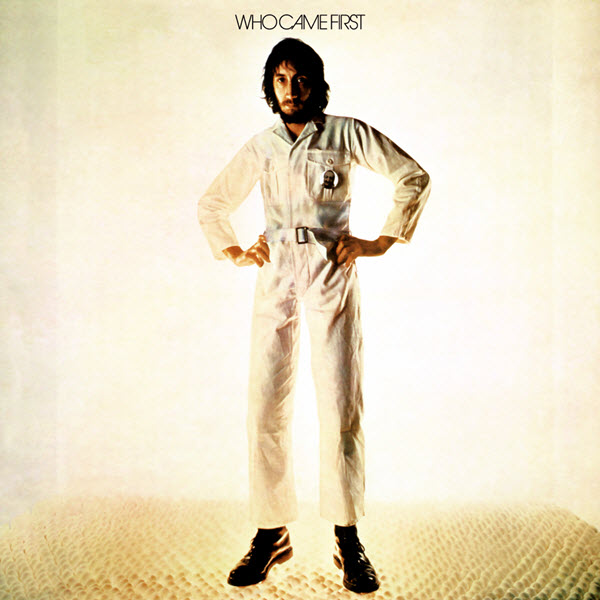 In 1970 and 1971, a group of followers of Indian guru Meher Baba (including Townshend) compiled two albums of songs and spoken word pieces for distribution to other "Baba lovers" called Happy Birthday and I Am (A third such album, With Love, was released in 1976).

For his first solo album, Pete Townshend took five of his contributions to those albums (one of which, "Evolution", is actually a Ronnie Lane performance), and mixed in four of his home demos (three of which were for the aborted Lifehouse project). As you might expect, the Lifehouse demos are the highlight of the album. "Pure And Easy" is one of the best songs Townshend ever wrote, and his demo take is superb. Overall, Who Came First is really closer to the Scoop series of outtake albums than a proper solo album. It's better suited to the hardcore Townshend fan, but still quite a good listen.

The reissue adds nine more tracks. Eight of these are also taken from the Baba albums and were previously released on Rykodisc's reissue of the album. This re-release adds one brand new track, the previously-bootlegged piano blues "I Always Say". A real change-of-pace for Townshend, and definitely worth hearing.

tracks: "Pure And Easy", "Evolution", "Forever's No Time At All", "Nothing Is Everything (Let's See Action)", "Time Is Passing", "There's A Heartache Following Me", "Sheraton Gibson", "Content", "Parvardigar" 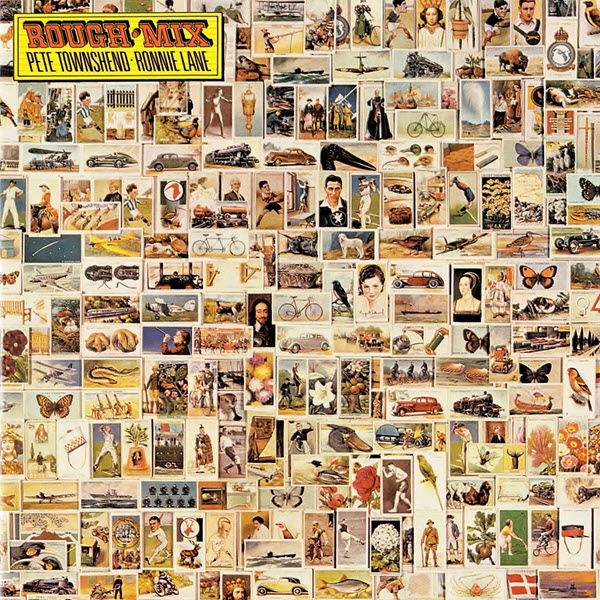 Townshend's second solo album was also not really a solo album. This time, he teamed up with former Small Faces bassist Ronnie Lane, although only the instrumental title track is a co-write between the two. Townshend only wrote five of the eleven songs on the album, but the five are stunners that make this a must-have. "My Baby Gives It Away" and "Keep Me Turning" are rockers that wouldn't be far out of place on a Who album. "Misunderstood" is a playful bit of mock-jugband blues with very witty lyrics. "Heart To Hang Onto" is a beautiful ballad which also could have worked on a Who album as well. The real gutsy track here is "Street In The City". Townshend's vocal about a "street in the city on a working day" that culminates in a suicide attempt is backed by a lush orchestral arrangement and just a touch of acoustic guitar. Very dramatic, and very much unlike everything else in Pete's canon (except for a few similar experiments that show up on the Scoop albums). Rough Mix may only be half a Townshend album, but it's a must.

For those who already have the album and are wondering about the bonus tracks … there's no real revelations here. Two of the three are Ronnie Lane tracks (and no, "Only You" isn't a cover of the Platters' standard). The sole "new" Pete track, "Good Question", is simply a longer version of the instrumental demo titled "Brrr" from Scoop. Not worth picking up for the bonus tracks. 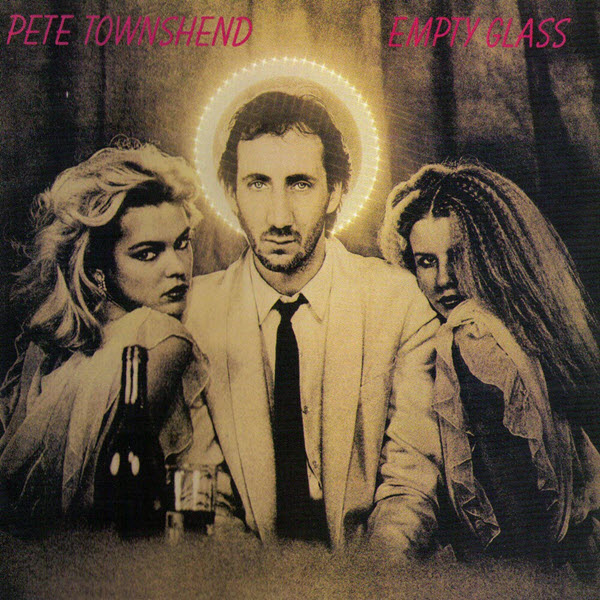 In 1980, betwen the death of Keith Moon and the Who's first album with new drummer Kenney Jones, Townshend released his first proper solo album, and it's spectacular. He mixes Who-style rockers like "Rough Boys", "Cat's In The Cupboard", and "Gonna Get Ya" with catchy pop like "Let My Love Open The Door" and "A Little Is Enough" and more delicate songs like "I Am An Animal" and "And I Moved".

The bonus tracks on Empty Glass are definitely the best of the set. The three "alternate vocals" tracks are actually completely different versions of the songs, not just the same backing track with a new vocal. And the eleven-minute "Gonna Get Ya" is a superb, powerful, expansion of the official version. Definitely worth getting. 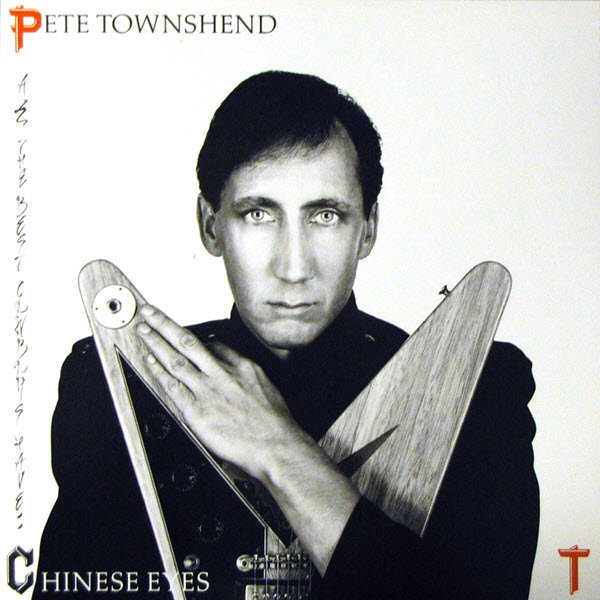 All The Best Cowboys Have Chinese Eyes

Pete Townshend's best solo album, … Chinese Eyes is his first move away from the classic Who sound into more experimental styles. "Stop Hurting People" is basically a recitation over music, "Prelude" is a simple (and beautiful) piano and orchestra piece, and "North Country Girl" is a terrific pop rework of the standard generally known as "Girl Of The North Country" (covered by Dylan and others). "Stardom In Acton" and "Slit Skirts" are killer Townshend rockers, but "The Sea Refuses No River" may be the best thing here, a lush, dramatic song with an emotional lyric asking for forgiveness. Townshend's most personal album, and definitely his best.

The bonus tracks couple of B-sides (the very different soul feel of "Man Watching" and the Who-styled "Dance It Away") with the previously unreleased experimental piece "Vivienne". I don't know that it would have really fit on the album (I've seen pictures of sleeves that listed it on the album), but it's a very different and very interesting track. Worth grabbing. 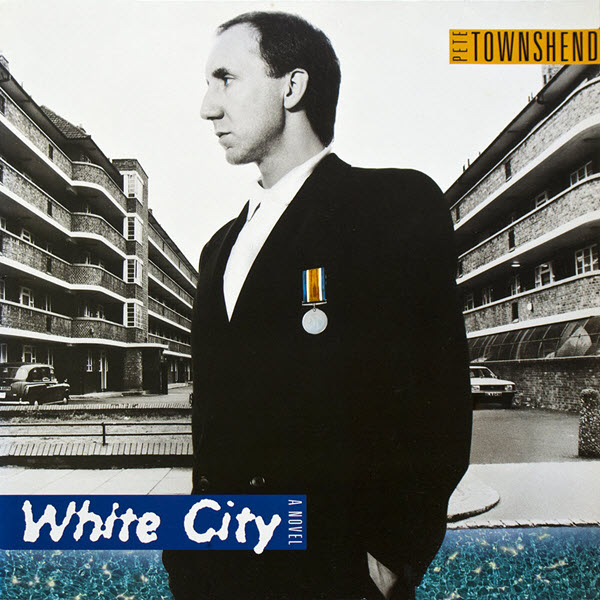 Townshend's return to the big concept, White City - A Novel was released in parallel with a short film which tells the story of Jim (perhaps the Jimmy of Quadrophenia?) returning home to White City, a poor section of London. The songs don't really carry the story, they serve as more of a soundtrack. The lead single, "Face The Face" is a BIG departure for Townshend - horn-driven R&B that foreshadowed his "Deep End" tour. "Give Blood" and "White City Fighting" are classic Townshend rockers, and "Hiding Out" and "Crashing By Design" are lesser known gems. Not as good as the two albums that preceded it (Empty Glass and All The Best Cowboys Have Chinese Eyes), but still an excellent album.

The bonus tracks have a couple of nice surprises. One is a radically different version of "Night School". The original showed up as a music video tacked onto the end of the White City - A Film videotape. It's barely the same song. The real treasure here is a studio recording of "Save It For Later", the English Beat cover that Townshend made a staple of his live set. Absolutely wonderful. 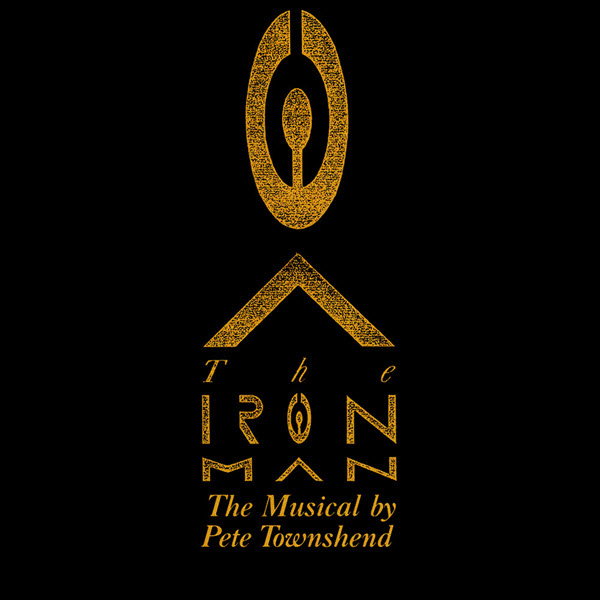 The Iron Man - The Musical By Pete Townshend

With The Who, Pete Townshend wrote two classic "rock operas", Tommy in 1969 and Quadrophenia in 1973. The Iron Man is a collection of twelve songs from his first musical, based on Ted Hughes' children story of the same name. Pete sings the lead character, Hogarth, a child who first betrays then later helps the Iron Man. Other notable guests are Roger Daltrey as Hogarth's father and John Lee Hooker as the Iron Man. Daltrey's two tracks, credited to The Who (John Entwistle plays bass on both tracks), show his voice in fine form, but John Lee Hooker steals the show on "I Eat Heavy Metal". The Iron Man is not Townshend's best work, but it is his most adventurous work since Quadrophenia, and well worth attention.

My opinion's about the same on The Iron Man - interesting but not classic. The bonus material fits the same description. "Dig" with Simon Townshend on vocals isn't all that different from the version with Roger Daltrey. "Man Machines" is definitely helped by the longer version - it's a complete song now rather than just a fragment. Really, this is still a fanatics-only album. 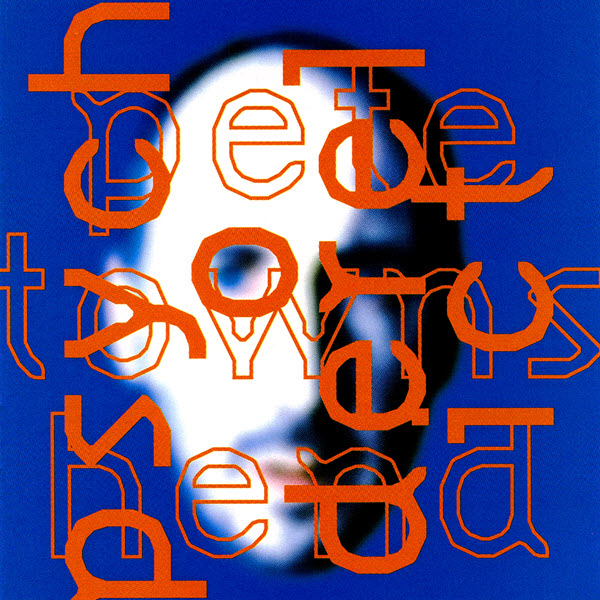 Psychoderelict is Pete Townshend's most adventurous solo album, and his best since 1982's All The Best Cowboys Have Chinese Eyes. What makes the album so adventurous is not the songs, but the format. Psychoderelict is a radio play, with acted-out scenes in between (and during) the tracks on the album. The songs themselves do not tell the story (like they did in Tommy and Quadrophenia), but complement the story.

The story itself concerns a reclusive older rock star named Raymond Highsmith (aka Ray High), and a plot between his manager, Rastus Knight, and a powerful journalist, Ruth Streeting, to egg High back into the spotlight. The story also has a subplot about Ray's secret project "Gridlife" which concerns a future society where the citizens are all hooked up to a virtual reality system called "The Grid" as a replacement for real life. The concept of "Gridlife" is a lift from an aborted Who project called Lifehouse. In fact, four instrumental bits from Lifehouse (including a bit of the original "Baba O'Riley" demo) serve as background for some of the dialog scenes.

The songs are Townshend's best in many years, including some of the best flat out rockers he's written since the Who. "English Boy", "Fake It", "Don't Try To Make Me Real" and "I Want That Thing" are all clever, driving numbers, while "I Am Afraid" and "Now And Then" are softer ballads that keep a balance to the album. His singing and guitar playing seem re-energized. This is a must-hear.

NOTE: Psychoderelict has been released in two versions, with and without the dialogue. To me, the dialogue makes the album a complete experience, but many people may prefer the songs-only version. If you're interested, listen to both before you decide.

Now, 13 years later, I still feel the same way. Despite commonly showing up in the reduced price bins, Psychoderelict is an amazing album, and one of the best of Pete's solo career.

The bonus track, "Psychomontage", is a 12-minute montage made up of leftover bits of dialog and music, along with a remix of "English Boy", parts of "Early Morning Dreams", "Meher Baba M3", a lyrical quotes from The Who's "Who Are You" and "Slip Kid" (both considered for later uncompleted revivals of Lifehouse). It's interesting, but I don't know that I'd recommend re-buying the album just for that track.