The Electric Light Orchestra reissue campaign wraps up with an odd pair: The band's commercial peak (Out Of The Blue) and their swansong (Balance Of Power). 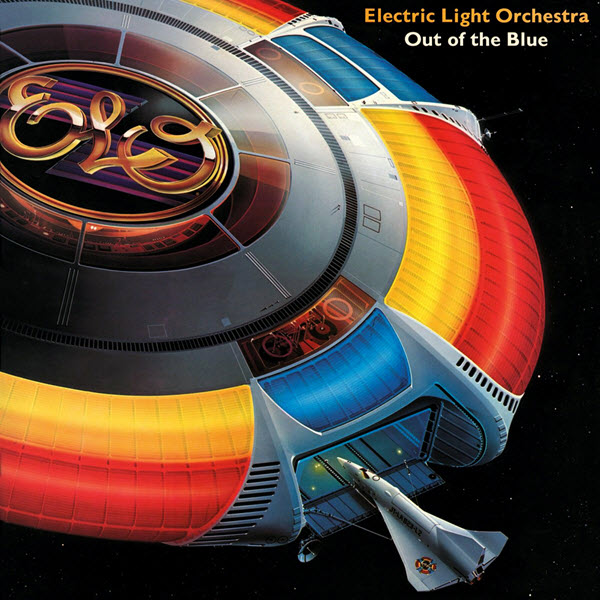 Out Of The Blue

ELO's commercial high point came, ironically enough, in the form of a double album released in 1977, the "Summer Of Punk" in Britain. Out Of The Blue had hits like "Turn To Stone" and "Sweet Talkin' Woman", experimentation (the instrumental "The Whale"), and gorgeous side-long suite titled "Concerto For A Rainy Day" which culminates in the classic "Mr. Blue Sky". Essential.

The bonus tracks include an interesting alternate bridge for "Wild West Hero", a brief instrumental called "The Quick And The Daft", and a then-unfinished track, "Latitude 88 North". Lynne finished off "Latitude 88 North" for this release, and while it's not up with the hits on Out Of The Blue, it's certainly a worthy addition.

Essentially a "commercial obligation" album, Balance Of Power found ELO reduced to a trio with Jeff Lynne playing bass for the departed Kelly Groucutt. Jeff Lynne wasn't particularly interested in keeping ELO a going concern, and heck, even the cover art looks like no-one cared. The strings are gone, leaving the hi-tech pop sound of Time and Secret Messages to its logical conclusion. Given the circumstances and the three year gap from its predecessor, Secret Messages, it should have been terrible, but it's way better than you'd expect. "Heaven Only Knows", "Calling America" are pop songs worthy of the ELO name, and "Getting To The Point" is one of Lynne's best ballads. Balance certainly isn't ELO's finest work, but it's still worth a listen.

The bonus tracks for Balance Of Power include a radically different (and excellent) version of "Heaven Only Knows", a very good unreleased song "In For The Kill", along with some UK b-sides and other alternate mixes.

tracks: "Heaven Only Knows", "So Serious", "Getting To The Point", "Secret Lives", "Is It Alright", "Sorrow About To Fall", "Without Someone", "Calling America", "Endless Lies", "Send It"